Don't judge a book by its cover... 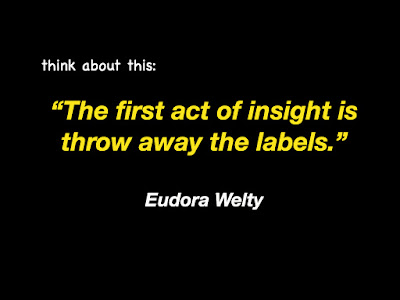 I gave a presentation today to an SHRM state conference on hiring for attitude: in it I was asked about my experiences hiring ex-offenders. That got me thinking about a Ted Talk I did several years ago about those and other alternate recruiting strategies I dreamed up while staffing big hotels. And, in it, one of the key take-aways was “don’t judge a book by its cover”: that’s something that we all do more often than we care to admit. Because we have pre-conceived notions about people and things based on our past experiences and sometimes our up-bringing. Sometimes it relates to something we’re given or have bought, other times it’s the people we meet or work with. People quickly judged the ‘one-eyed ex-felon without an eye patch’ I talked about in that video even though he’d earned the right to a second chance; granted, this is an extreme example, but that just makes the outcome even more amazing. How many times do we judge new bosses, subordinates, or colleagues too quickly (too many); and how much time do we waste before common sense and good judgment override those snap decisions (too much)? As leaders we’re charged with giving everyone a chance to prove him or herself, and as employees we withhold our opinion until it’s proven whether someone is worth our respect and loyalty. Don’t be so quick to judge, keep an open mind, and be honest with yourself, and you’ll find the answer to your questions in good time. In the meantime, try throwing away some labels today.

Here’s a link to my Ted Talk: https://www.youtube.com/watch?v=tm2BzOLfnOw