Pursue what you love to do... 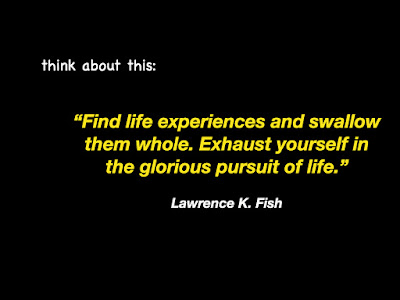 When we opened Bellagio, nearly the whole senior and mid-management team had been together for more than 10 years and was hitting on all cylinders. In the midst of that opening my boss suggested we create a yearbook to commemorate the work of that amazing team and all of the new employees who would be initially hired there. It was just like the high school yearbooks we all remembered – with individual pictures signed by friends, group and candid shots showing what everyone did, and a timeline commemorating individual, class, and school achievements. Turns out, that Bellagio yearbook was the largest one ever done by the Herff Jones Company, the people that do them for schools everywhere. We hired a former student editor they’d worked with and recommended, shot 27,000 candid pictures of the entire construction and pre-opening period, took 11,000 of those little individual pictures for all of the new employees, and published a leather-bound edition for each of them as the holiday gift they received one month after opening. On top of all the other work we were doing for that opening, we exhausted ourselves with that great project. And when I now run into people who were working there then, they all still fondly recall their experiences from that opening and its yearbook. Pursue something glorious in your life today.