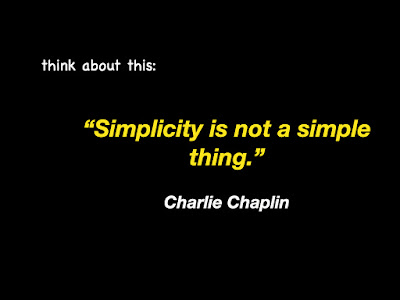 Like all of us, I have several drawers and cupboards that are filled with stuff: such is the life of a packrat.  Every now and then I’ll look in one of those spaces and quickly close it with a sense of helplessness: can’t say I’m proud of that. But when my daughter started a new business called Calm in Chaos, I learned that there’s help for people like me: she comes in, assesses the chaos, and organizes the cleanup and reorganization. It sounds simple, but as I watch the way she goes about her work, I realize that simplicity is not a simple thing. We each have our specialties which, to others, look complicated: I loved my HR roll, but it was not one that most of my friends and colleagues wanted. To me, it made sense, much the way my daughter’s work appears clear to her. We each have things we’re good at and love doing and it’s a leader’s job to discern and nurture those, meaning they have to be open and attuned, listen well, coach as needed, and help their employees love and be proud of what they do. Sometimes it’s the job they have, and you help them make it the one they want; other times it’s retraining and upskilling and repositioning them to where they’re best suited. And at all times it’s supporting them. A leader’s roll is as simple as that today.

Sir Charles Spencer Chaplin (1889 – 1977): English comic actor, filmmaker, and composer who rose to fame in the era of silent film