Be proud AND humble... 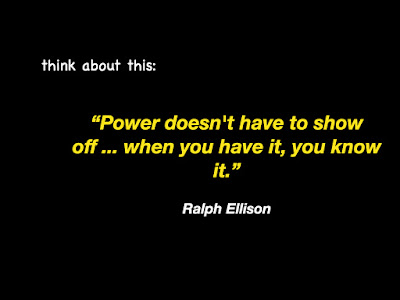 Boasting isn’t necessary – yet almost everyone does it. I don’t recall any overt mention of this growing up: there were lots of mentions about being humble, but to me that’s not the same. My father was a quiet guy who never talked about himself, but my mother was always telling people how smart her children were or what we’d accomplished: those were two different models. But this really came into focus when I started working; there were leaders who told who they were, and others who just showed you what they could do. I find it’s the same with applicants – we expect them to tell us what they know when it’s often better if they show you who they are. I learned that people don’t have to show off their power or expertise… when it’s there, you know it. It’s the same with confidence and competence – no need to show off, just show it and let others decide. And all of this holds true with teachers and community leaders, neighbors and friends, and work colleagues and people you hang out with.  The world is so full of hyperbole that it’s refreshing when it’s absent. When actions mean more than words. Be quietly proud of what you are, and how you show it, today.